This project has been funded with support from the European Commission. This webpage reflects the views only of the authors, and the Commission cannot be held responsible for any use which may be made of the information contained therein.

The final meeting of the ERASMUS+ project "Intelligent Transport Systems: New ICT based Master's Curricula in Uzbekistan" was held at the Tashkent university of information technologies on October 11, 2021. 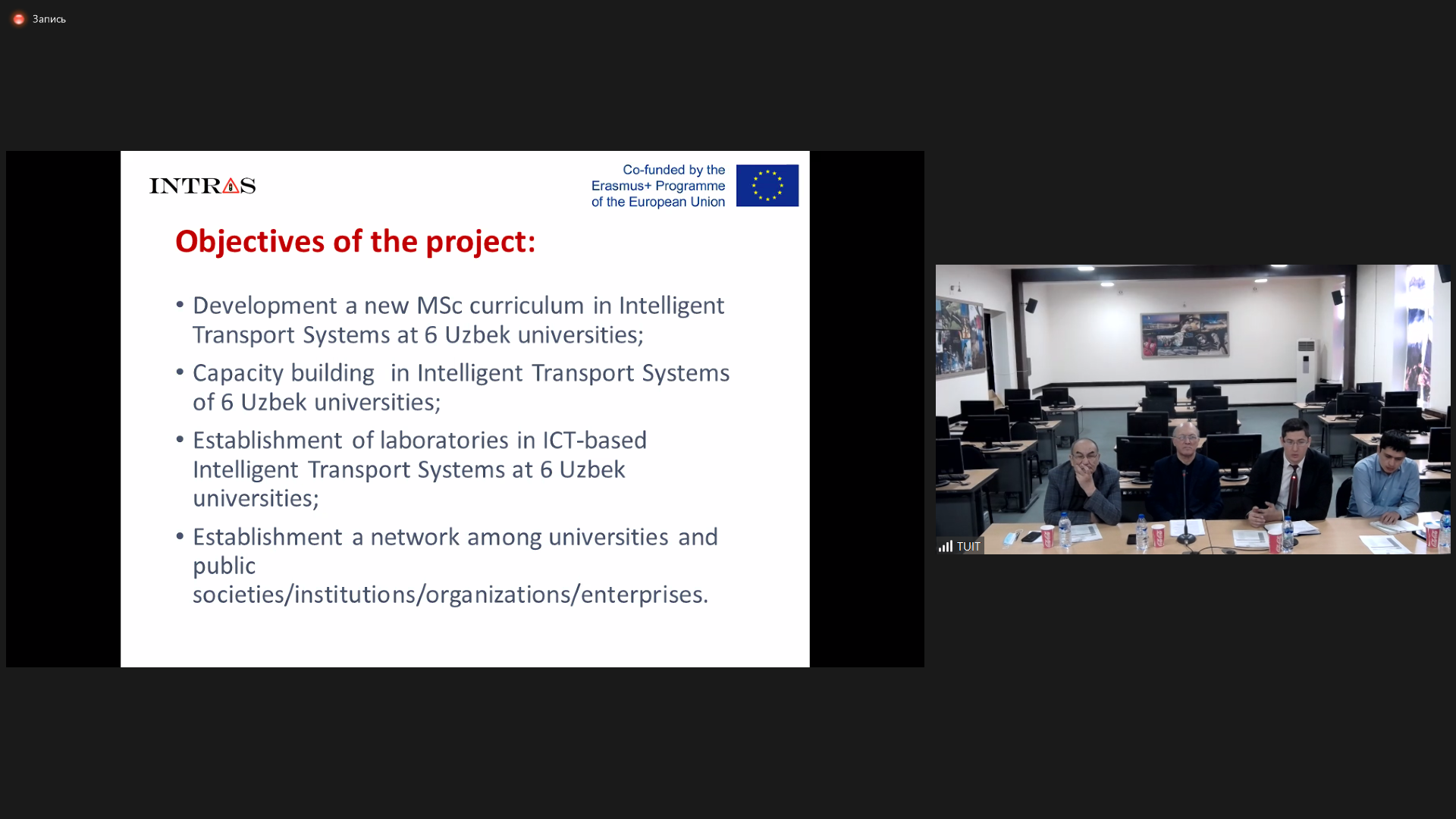 The online meeting was attended by Gdansk Polytechnic University of Poland, Klagenfurt Alpen-Adria University of Austria, Zilina University of Slovakia, the Ministry of Higher and Secondary Special Education of Uzbekistan and TUIT, TDTU, JizPI, AndMI , The head and responsible staff of TerSU.